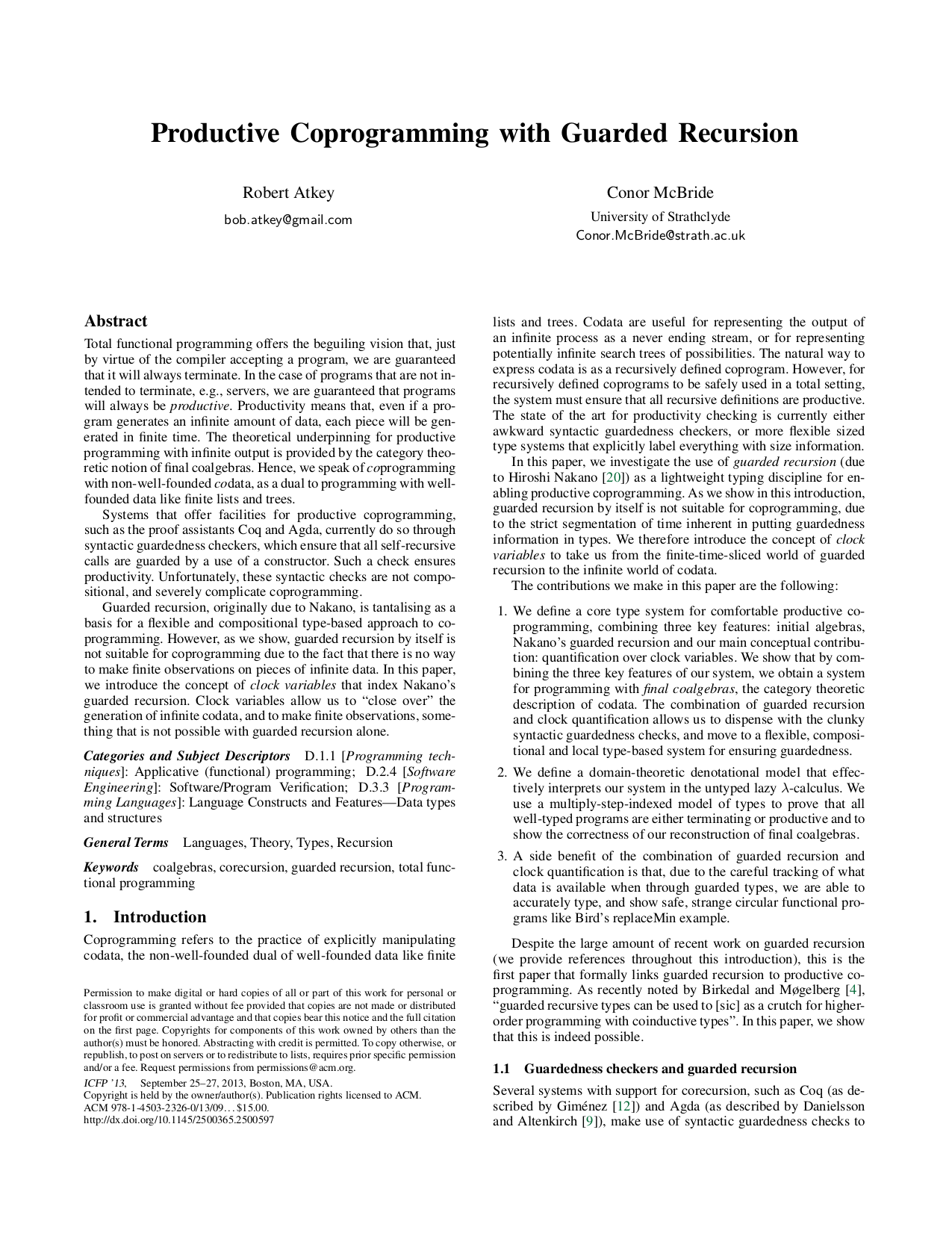 Total functional programming offers the beguiling vision that, just by virtue of the compiler accepting a program, we are guaranteed that it will always terminate. In the case of programs that are not intended to terminate, e.g., servers, we are guaranteed that programs will always be productive. Productivity means that, even if a program generates an infinite amount of data, each piece will generated in finite time. The theoretical underpinning for productive programming with infinite output is provided by the category theoretic notion of final coalgebras. Hence, we speak of coprogramming with non-well-founded codata, as a dual to programming with well-founded data like finite lists and trees.

Systems that offer facilities for productive coprogramming, such as the proof assistants Coq and Agda, currently do so through syntactic guardedness checkers. Syntactic guardedness checkers ensure that all self-recursive calls are guarded by a use of a constructor. Such a check ensures productivity. Unfortunately, these syntactic checks are not compositional, and severely complicate coprogramming.

Thanks to Edward Z. Yang for spotting the following typos in this paper: (1) On page 4, there a lot of instances of μX. F, which should be μX. F[X], indicating explicitly that the X can appear in X. (2) On page 8, in the first displayed formula in the Co-inductive Streams section, the last A ought to be an X. So the whole formula ought to be: Stream A = ∀κ. μX. A × ▷κ X. (3) Again on page 8, in the display giving the type of step, the first × ought to be a +.