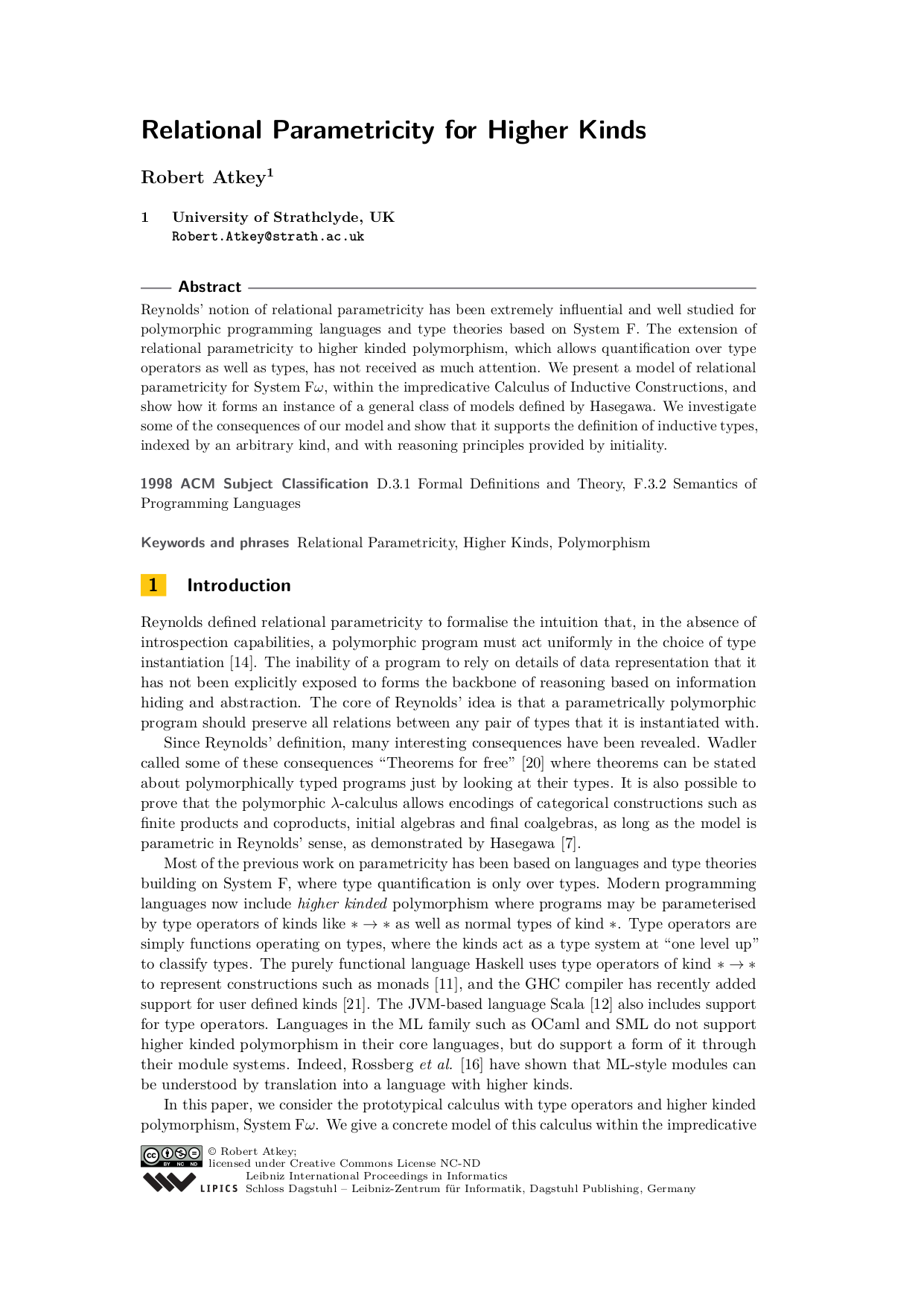 Reynolds' notion of relational parametricity has been extremely influential and well studied for polymorphic programming languages and type theories based on System F. The extension of relational parametricity to higher kinded polymorphism, which allows quantification over type operators as well as types, has not received as much attention. We present a model of relational parametricity for System Fω, within the impredicative Calculus of Inductive Constructions, and show how it forms an instance of a general class of models defined by Hasegawa. We investigate some of the consequences of our model and show that it supports the definition of inductive types, indexed by an arbitrary kind, and with reasoning principles provided by initiality.