Slides and notes for my OBT “Generalising Abstraction” talk

Here are the slides I used for my keynote talk for the afternoon at this year’s Off the Beaten Track workshop in St. Petersburg, Florida, USA. Many thanks to Lindsey Kuper for inviting me to give a talk and for organising it all. 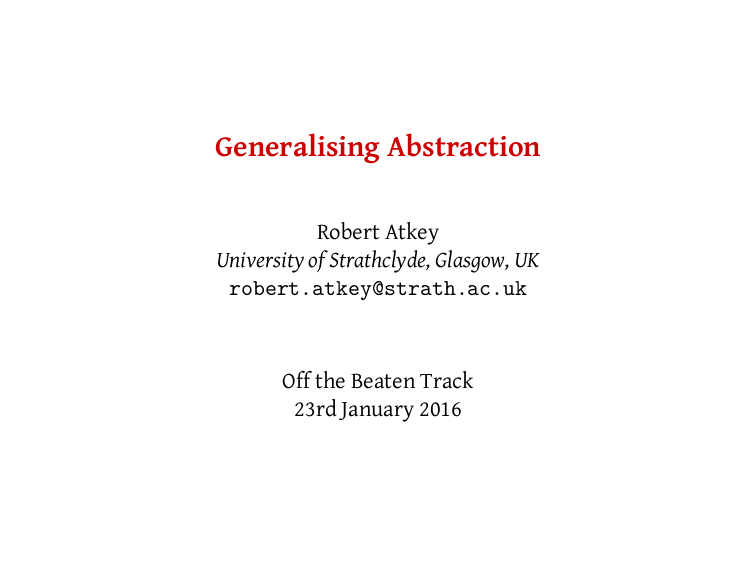 The talk wasn’t recorded, but here is a collection of notes to go with the things I talked about:

After the talk there were a few questions, which were written down on 5x3 index cards and read out by the session chair. This style of questions is an innovation by Lindsey for OBT to try to encourage people who wouldn’t normally ask questions to ask, and to share time more equally between questions. My impression was that possibly more questions were asked than I would have normally expected. Also, I got to keep the cards with the questions on: 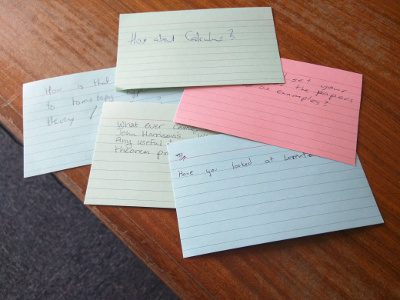 The questions, and my answers, are listed below. These answers are with the benefit of hindsight and a long plane journey to ruminate on “what I should have said”, so they aren’t exactly what I said at the time.